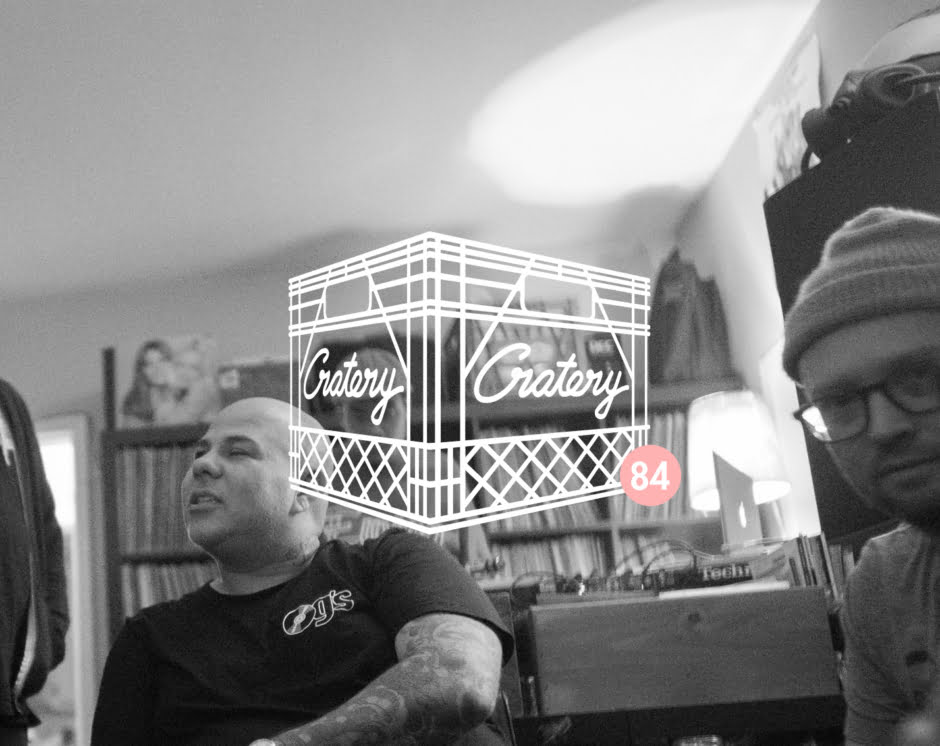 My first real glimpse of Supreme La Rock was not in person.

It was through a wantlist of records given to my friend Moss, via our mutual homie Jake One around ’95.

Supreme had instructed Jake to tell his new Canadian counterparts to be on the lookout for some titles and send them his way if we encountered any.

Supreme’s wantlist was basically the stuff of folklore to me.

I had never heard of The Gentle Rain, Stark Reality or Turner Brothers.

These weren’t the type of records you’d find openly listed on sample credits.

They were too heavy for the Luv N Haight/Ubiquity comps of the time.

And you most likely wouldn’t find them in the average Toronto record store back then.

The records on that list were my first glance into a world much deeper than the one I was digging in.

A world extremely far away from CTI records and Tommy Roe drum breaks I was catching in the field.

I mean, shit. I was probably still looking for a copy of Ronnie Laws at that point.

I had never met Supreme and his wantlist had already made him the stuff of legend.

That was before his partnership in the Seattle indie label Conception Records.

Before his seminal break series with Jake One as the Conmen.

Before being featured in issue #1 of Waxpoetics.

And long before you some of you wetmouths were asking him about unlisted breaks on his Instagram.

When we spoke on the phone, you mentioned buying Blair’s “Night Life” in 10th grade. Give us some examples of the early pieces you picked up before they became “grails”.

How did you develop such a large base of knowledge at such a young age? Were you working in a store? Did you have an OG pass on knowledge to you? Growing up in the Pacific Northwest, you weren’t exactly in the South Bronx. Where did this knowledge come from?

A lot of it wasn’t knowledge. Of course, joints like Jimmy Castor, Bongo Band etc. were already certified hip-hop break beat classics at that point but as for the other stuff a lot of trial and error. I was buying records that looked “cool” or noticing who produced it. This was pre-internet, you learned by listening. Louie Lou, T La Rock’s DJ told me about Octopus breaks when they performed in Seattle in the late 80’s so I tried to track those down and ended up talking to Lenny Roberts of U.B.B fame. He would send me lists of original records he had for sale. He already did the digging for you, and knew his stuff, so I’d buy things I didn’t even know because you knew they’d be good. He wasn’t listing anything that wasn’t funky or had breaks on ’em. Also started to do trades with Jazzman Gerald in the U.K. who put me onto a lot of great foreign records and Beni B (ABB records) who I randomly met one day while out digging. He put me onto tons of titles. I never worked in a shop until around ’96 and it wasn’t for long. The main list I used was in a book. Maybe Steven Hager’s “Hip Hop” but can’t remember for sure. There was a book that listed the top classic hip hop breaks so I used that as a guide until I acquired them all and crossed off the entire list.

We’re from a generation that was reared on secrecy. Knowledge was coveted. Thanks (or no thanks) to technology, record knowledge is much more accessible than it used to be (although no one can know or have everything). What are your thoughts on digging in a post-Internet world?

The thing that totally sucks about digging post-Internet is shops and dealers jacking up prices. Sure, there’s someone in the world willing to pay x amount for the record hence the reason it’s sold for that price in the past but with that being said doesn’t necessarily determine market value so it’s really thrown the whole pricing of records off. Not every record is or should be a $100 record. It really sucks to go out to a shop and ALL of their good records aren’t even out because they’ve hidden them in the back to sell online. Why even have a shop? Almost all secrecy about records is gone, but there’s still some out there. It’ll never end.

It feels like most of the digging “rules” we grew up with have been thrown out the window. I remember hearing things like “don’t sample any drums after ‘79” and “only sample original vinyl”. Even though there aren’t any steadfast rules today – are there any you still choose to subscribe to?

The only rule I stick to in 2017 and beyond is there are no rules.

The Conmen mixes were like a bible to many of us. From the selections to the way they were put together, it was unprecedented. Funky records, rare and common all together in one place. The intro to “The Masters” where you mention the infamous “Giant for McCluskey” trade even became someone’s user name on Soul Strut. Why do you think those mixes were so influential?

Conmen mixes were influential for a few reasons. Hardly anyone was doing them at that time. I used to make mixes like that on the regular just for myself to listen to at work to inspire myself to make beats. I was doing regular song mixtapes and selling them but never thought of selling a tape with 3 seconds of a record on it I thought no one would want to hear that. Jake (One) was the guy that suggested we do a tape like that and put it out. As far as selection goes, we had stuff that was sampled and been used already and stuff that hadn’t, but we both had the ear for a good loop or a good groove. I had tons of drum breaks no one had used yet, so mix that all together and heads that produce were easily influenced. We even heard people were sampling straight from our tapes they didn’t even have or know what the original record was.

That’s crazy. I never knew that was going on. I was actively trying to find some of those records and it wasn’t easy so if you’re sampling off a mixtape I can only imagine how difficult it would be for some folks to find that shit. And it’s not any easier today. Nowadays, with Internet pricing, it’s harder than ever to catch record stores slipping. But you’ve still had your share of legendary come ups over the years. Share a few times where you had to keep a poker face at the counter with a rare piece in hand.

I hit a store once that had just scored a decent collection and the dude running it was kind of a wanker so I knew he was gonna gouge me on pricing if he’d even sell any of them to me. To my luck he was going on his lunch break so I pillaged through the boxes as fast as I could and asked the younger brand new clerk if I could buy them? She said sure they’ll be $2.99 each! I cashed out as fast as I could and dipped before homie got back from lunch. Also, recently a clerk was told to look up the prices on discogs to price my stack. The good thing is he had absolutely no idea what he was doing and was putting re-issue prices on original pieces.

You’re infamous for “having it all” despite the fact that we both know that’s impossible. What’s an example of a record that’s eluded you no matter how hard you’ve tried to find it?

I’m not going to give that title up because I don’t have it yet. Sorry. But yeah I far from have everything. I think there’s around 3 thousand titles in my discogs wantlist.

Let’s take it to the hometown for a second. What’s your favourite Seattle record store, past or present?

Best record store in Seattle was probably Platters ran by Gary Delmaestro. He catered to DJ’s, specialized in 12″ disco singles but had tons of great 45’s soul x funk lps as well.

Give us 5 essential Seattle breaks.

You’re well over 30 years into collecting vinyl, toys, clothes, sneakers and everything in between. Like you, as we continue to acquire more and more, we’ve been wrestling with the idea that all this stuff has to mean something. It can’t just be a bunch of stuff. Have you ever thought about what will happen with your collection when you’re no longer here? What’s the endgame with buying all this stuff?

I think it just means I’m a weirdo. (Laughs) It’s all going to my son. I hope he sells it all to new happy homes and invests the money wisely.