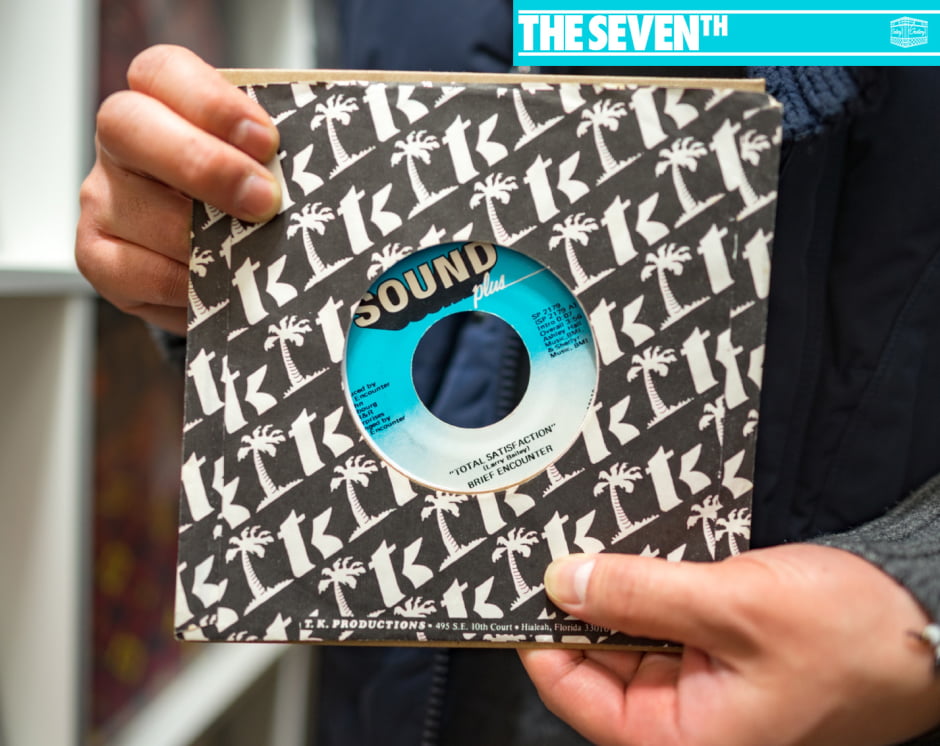 This one came from a juke box collection that sucked… mostly late 70’s glam funk ranging from Rick James to Jeff Lorber picture covers but we managed to rescue this record from being extinguished into a local garbage bin. Brief Encounter, like countless funk groups, started as a family unit band out of the church.  They made a humble living touring with commercial acts like James Brown and Sister Sledge. They’ve only had a handful of releases but in terms of soul crossover nuggets, they’re perfected the sound. This single is known for it’s B-side track ‘Human’ but I’d like to feature the lesser known A-side ‘Total Satisfaction’ since I never listened to it until Serious asked me ‘what’s on the flip of that thing?’ when I came over to rip my records for this feature. Discovering new songs over few cans of Sapporo and a fat rollie while stepping over Arcee’s Lyman Woodard LP lying on the floor makes this Brief Encounter experience an exceptional one.