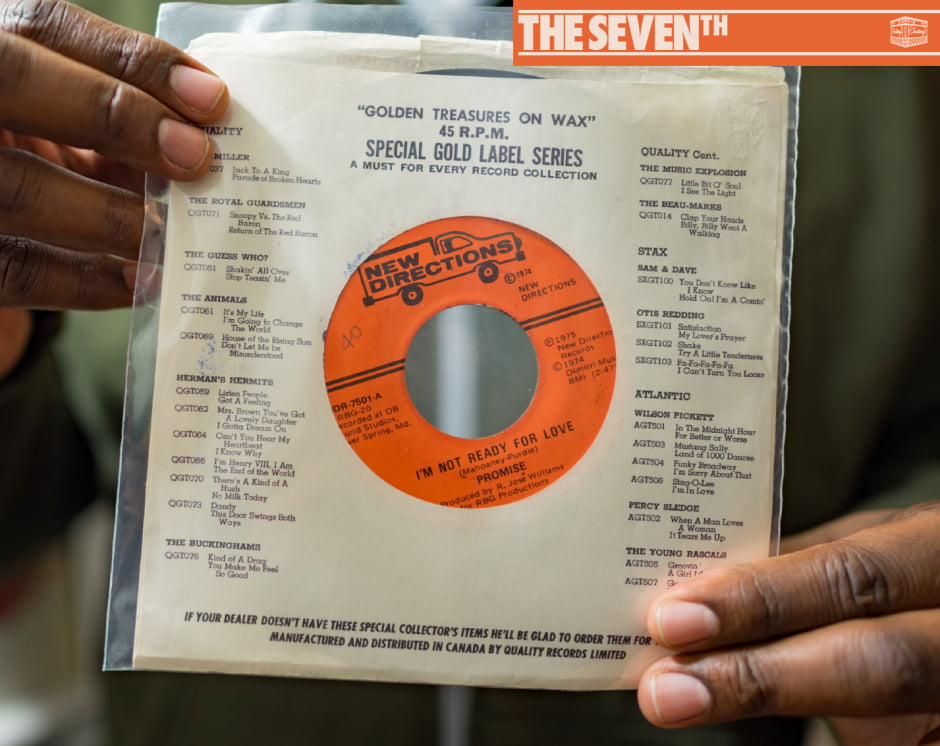 The 7th: I’m Not Ready For Love

God bless the Internets for allowing me to track this one down after I first heard it on the radio. It was playing on the Stolen Souls radio show (on 105.5 FM) here in Toronto. The whole set was sounding lovely but then this came on. I was like “What the fuck is this???” I tried calling up the station to ask what it was but no one answered the phone (editor’s note: classic college radio). I could hear from the chorus that they kept saying ‘I’m not ready for love”, so that was a helpful
hint. When I got back home, I did my googles and learned exactly what the record was. I wasn’t able to find much information about the group or the label, but New Directions seems to be Maryland based and Promise has a couple of releases on the label. When I played it for the Cratery staff, they said it sounded like some bootleg Sylvers shit, and they weren’t wrong. It’s like an all female version of the Sylvers with a hard ass knock to the drums. It’s funky as hell. When I first heard the joint I actually thought it might have been a re-edit, because there’s a nice break down of open bars near the end of the track. Rappers can just loop that shit up and go. I remember just sitting there and nodding my head to it, I think I even kicked a freestyle to myself. I heard this around the time I was really getting into kiddie funk/soul groups from the early 70s. I didn’t know the record at all but it instantly caught my attention and really stuck with me. I just loved it so much – I needed to have it in my collection.