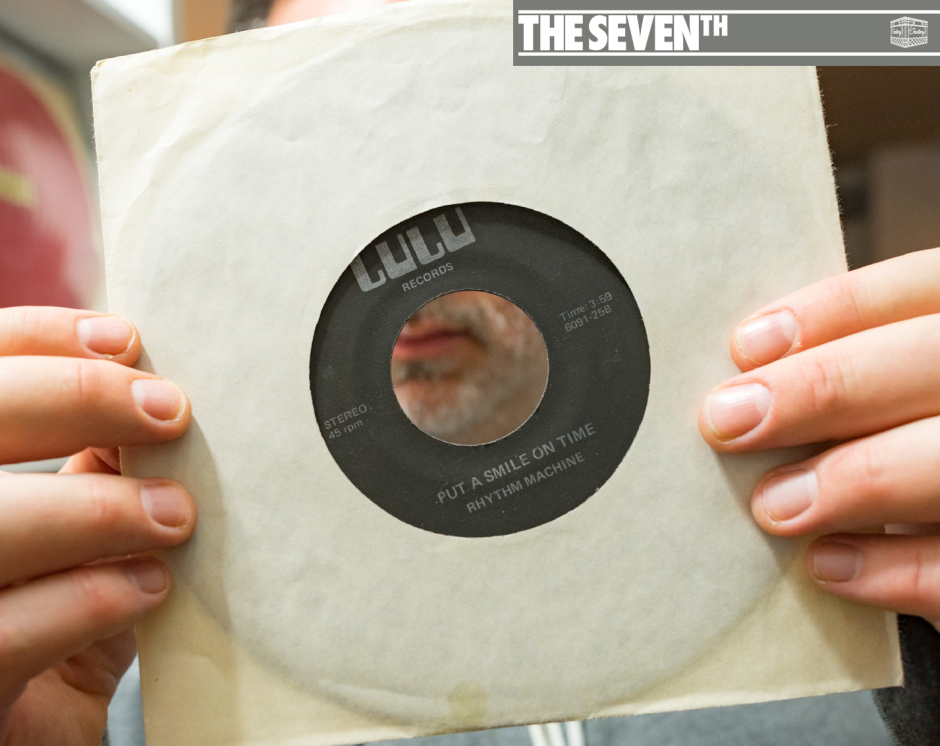 The 7th: Put a Smile on Time

This was a record I really, really wanted at the time.  Keb Darge was our first international guest at Movement (a monthly party I used to copromote with a collective of DJs from around 1999-2005) and he played this late on one of the nights that we brought him to town.  I was on the dance floor and was completely blown away.   A beautiful spacy mid tempo groover with a killer horn arrangement at the end(it fades out a little too early unfortunately).  This cut is also featured on their very rare LP also on Lulu.  As far as I know the only other band to record on that label is the Highlighters, who ware more famous for their “Funky 16 Corners” and “Poppin Popcorn” 45s.  A copy popped up on Ebay and I paid quite a lot for it.  Probably the most I had ever spent on a record at the time so I felt a little weird about it.  That is until I got an email from someone offering me double what I had paid.  Needless to say I did not sell it!