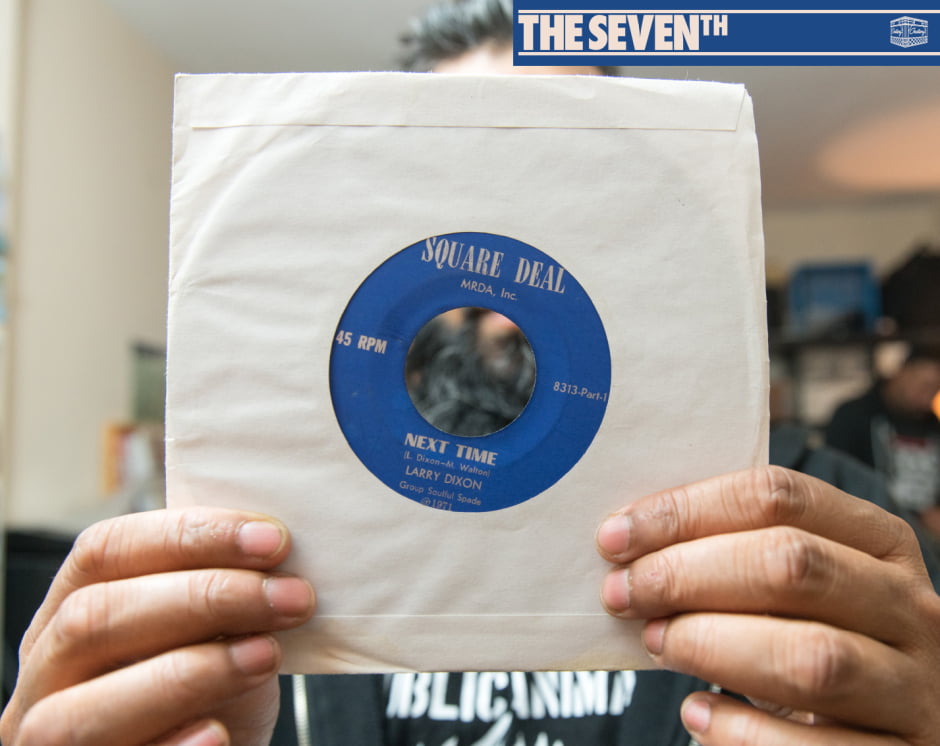 The 7th: Next Time

The first time that I dove into Larry Dixon’s stunning musical catalogue, I was pretty overcome with excitement. I ended up sharing this excitement with Jerome Derradji, the owner of the Still Music imprint out of Chicago when I had brought him to Toronto as a guest for my monthly Boogie Funk/Modern Soul party called Love Handle. Jerome heard exactly what I had heard, and what had made Larry’s music a much sought after, collectible time capsule of Chicago history. Within a week, Jerome had made contact with Larry, and a few months after contracts were signed to start the process of re-issuing Larry’s music, I led a small film-making group to the Windy City to meet with Larry as the centrepiece of a documentary project about 80’s funk and soul music in Chicago. What we discovered was a wellspring of talent wrapped inside a man that had managed to DIY himself into music history with hard work, and a whole lot of tenacity.

Unfortunately, while the documentary didn’t work out, I received this copy of his first official release from Larry himself as we sat in his basement listening to his personal 45 collection. Which worked out well, because this is nowhere to be found on the Internet.  Listed neither under Larry’s individual discography, nor under the tiny, regional imprint Square Deal’s discography, this deadly sweet soul tune features an 18-year old Larry Dixon lamenting over an early track from his band the High Society Players (then called the Soulful Spades).  This 18 year old version of Larry had been immersed in music his whole life but was a year away from auditioning for Leonard and Phillip Chess and almost a decade away from putting together his first full length LP I’am So in Love.  In a word, what we have here is RAW.  A slow burning groove with a simple, yet effective drum and bass rhythm section paves the way for Yung Larry to cut a path using his silky falsetto.  Oh, what’s on the flip? Nothing special, just the unedited instrumental, etching it’s way into the back of your snapping neck with that very same bass and drum groove.

An interesting and crucial side note: this 45 was released with Larry’s scratch vocal by accident, and will not be included in the official re-release of his work scheduled for May 2016 on Still Music.