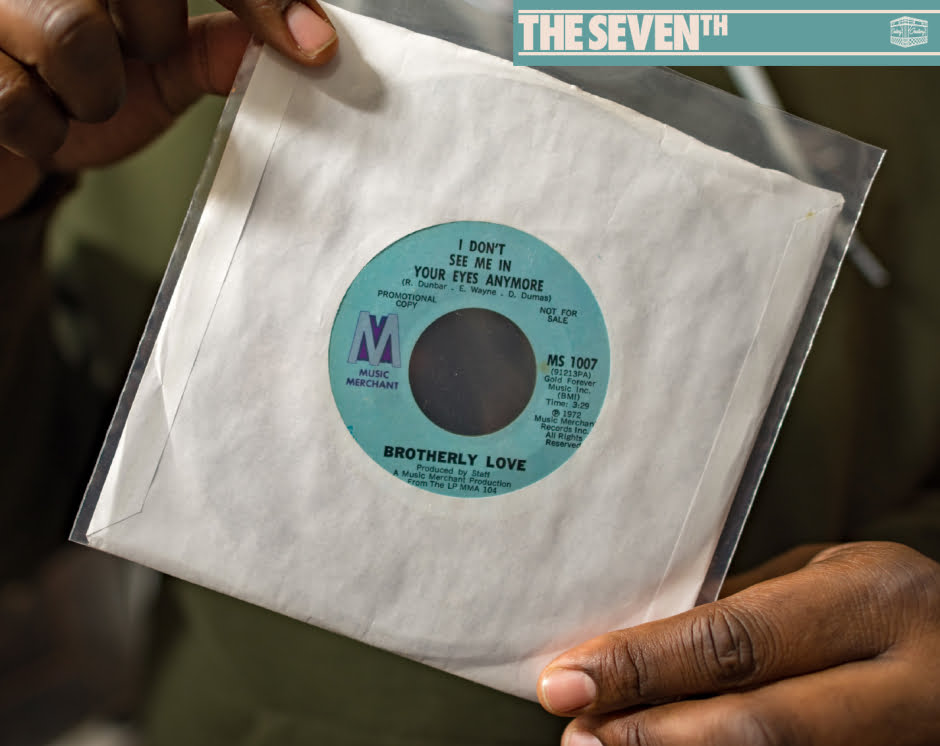 Copped this one during one of my Detroit runs. This one is on the early 70’s kiddie funk/soul tip, but it’s a soul slow burner: straight break-up music. I always loved how Alchemist flipped this sample back in the day, but I never really went out of my way to look for the original until I started to get more into music from that period. My man Bozack told me what the actual song was and I knew I needed to find this version. There’s actually another version by a group called Glass House, I believe I found that version first. But as much as I love the Glass House rendition, I think I prefer this one just a tad more. The vocals just do it for me. Or maybe it’s the fact that Alchemist used this one. It doesn’t matter though, cause if you’re a nerd, you need both. From what I know, Brotherly Love came up in Philadelphia, hence their name. They released a few soul 45s on the Music Merchant label in the early 70s, but this is one is my favourite. Bozack hipped me to the fact that they are also The Chestnut Brothers, who released a sought after boogie 12″ in the early 80’s as well.