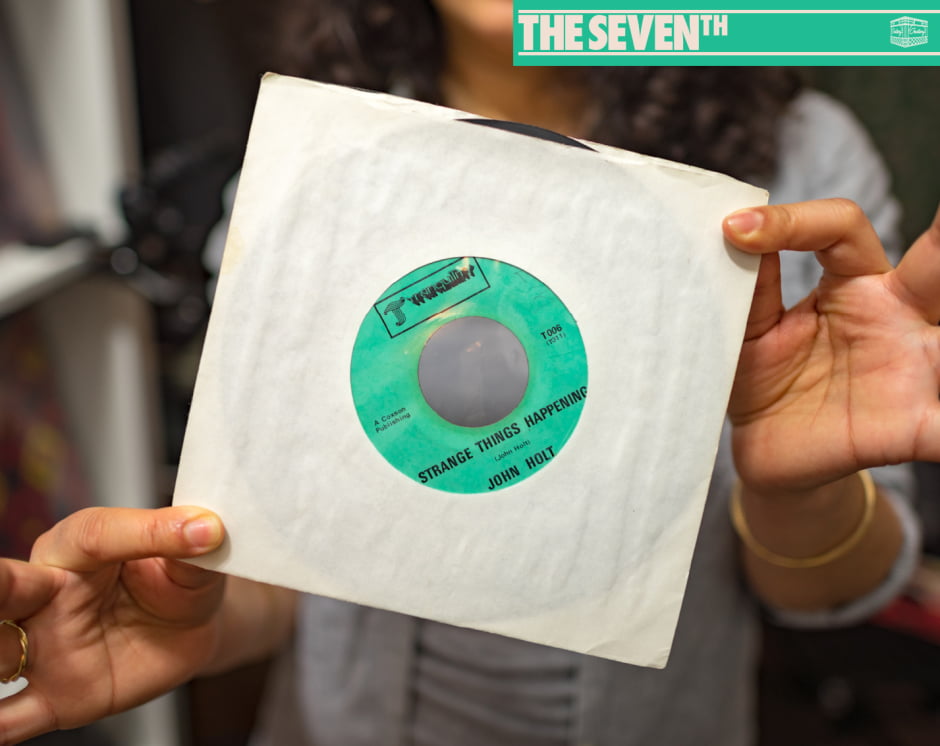 CONTRIBUTOR: Ms. Move On Up

John Holt did this track for both Phil Pratt on Sunshot and Coxsone Dodd on Studio 1. This Tranquility side is the US release of the Dodd production (I don’t think it ever came out as a Studio 1 45). I definitely favour the Dodd version for its darker, moodier vibe. I’ve always thought the track has that otherworldly, sparse Lee Perry atmosphere to it, too.

This song has been with me for a long time, but the opening still gives me the chills. The lyrics are so simple yet I can see the whole thing play out in my head as ghostly shadow puppets of strolling couples, floating clouds and a lone figure. And being the definition of elegance, Holt expresses this deep yearning without seeming creepy as he sings about the couples in love he wishes he could be.

Holt passed just last fall and it was more than a sentimental loss of a legend; he was touring until very recently and his voice was still strong and beautiful. That’s the other thing with this track – it really shows his range that goes from the whisper of an outsider to a deep wail of longing. When he hits “that’s why I saaaaaaaaaaaaaaayyyyy”,oh gosh, my heart breaks into a million pieces every time.