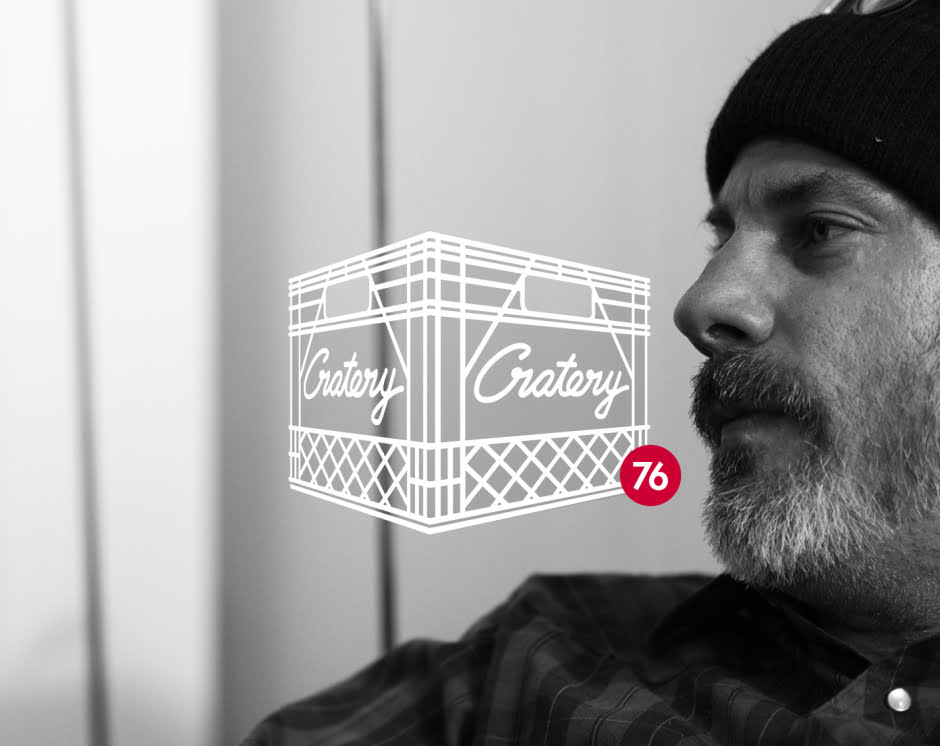 Vancouver, 2013. I’m enjoying a brief stint out west as a copywriter for ad agency TAXI’s western outpost. Most of my downtime is spent digging with the hommie Sipreano, smoking on Van City’s finest and hitting up the hometown hangouts, including The Stuntman’s 45 Throwdown at Save-On Meats. It was the sort of low key weekly where the music was open format and the sparse but knowledgeable clientele consisted of local music folk who would just come to kick back on a Monday evening. I was guesting one week when Flipout walked in with a dude I didn’t recognize. I crossed the fader and lifted my finger off a copy of “Cumbia de sal” from Cumbias en Moog, a Latin synth monster from Colombia. Within seconds, this dude was at the DJ booth. It’s funny how like-minded music nerds can bond instantly from something as small as a 45 selection. He introduced himself as Scott. And we hit it off from there.

It would later be brought to my attention that Scott wasn’t just another Vancouver DJ. But a west coast OG named Vinyl Ritchie with an extensive collection and a reputation for killing it on the 45s. I’d frequent his weekly at the Bottleneck with Flipout (appropriately titled Flip Vinyl), a two-minute walk from apartment at Seymour and Nelson. I’d head over almost every Wednesday night to satisfy my craving for some real shit. And these dudes would just be in there killing it.

Sadly, it served as a reminder for how narrow-minded us Toronto folk can be about Canadian hip-hop history from time to time. Here was this guy who had been doing his thing for close to 30 years and I had no idea who he was until I lived in Vancouver. He played big festivals and toured nationally regularly. He was well respected by his peers. And he had a genuine love for his craft. I truly felt guilty for overlooking what was happening in other parts of the country. And I made it a point to break the cycle. So when the chance to connect and record a Cratery episode back in Toronto happened a few years later, I jumped at the opportunity.

And he didn’t disappoint. Scott blesses us with lesser-known selections from the likes of Sapodilla Punch, Morena Y Clara, Los Pasos, Sesso Matto and my personal favourite, Gary Atkinson’s “Wandering soul”. He was also kind enough to sit down and chop it up with us about everything from his love for 45’s to his lack of love for social media.

How did you get your start DJ-ing? What kind of music/events did you play when you first started?

First started messing with DJ-ing in the late 80’s at a club in Hull, Quebec. We were underage and stoked on this DJ, Nadine Gelinas. It was a magical time! She was playing a mix of early rap, hip-house, house, reggae, techno, rock and alt stuff before there was any type of ”scene”. We were regulars at this club and somehow managed to weasel our way into the DJ booth at one point. I never really played a proper set there, but the seed was planted. I wouldn’t start DJ-ing ”professionally” until the early 90’s in Whistler BC. I was at a club one night hanging out with the full time DJ (who was in on his night off). After a few drinks, he decided to fire the part time DJ in the middle of his set with a packed club! He told me to get in the booth & finish the night. This was at a time when the club provided records. I jumped in and that was the start of it all. This was before there was any hip-hop, house or dance music being played. I played a mix of rock, pop & top 40. Anything to get ’em moving. I would bring my own records & tapes from home and try to squeeze in bits that I liked. Eventually I got sick of playing the regular schlock for tourists, so I convinced the owner of the club to let me try to do a jazz night on the least busy night of the week. To my surprise, within a few weeks it was packed. I would play old jazz records mixed with rare groove, funk, soul & hip-hop. I would put on a 15-minute Lou Donaldson or Grant Green record and people would bug out. This was before there was any hip-hop nights. At the time, people were calling it Acid Jazz but I was playing classics: OG stuff off Blue Note, Prestige, Milestone etc. When the Luv & Haight stuff started dropping, that was a huge influence on me. Slowly but surely, I started getting asked to do one offs & regular nights in Vancouver and it just kind of snowballed. In the early days, I started bringing my DJ gear and setting up at the Whistler skate park to play rap, heavy metal & punk rock for the homies. That led to playing at the Whistler snowboard park, as well as ski, mountain bike, events etc. Experience playing at these sorts of grassroots events would eventually land me at the X Games, Olympics, World Cup events with Monster Energy & Vans.

You’ve been buying rap 45’s a lot longer than most. What made you start buying them so early?

I started buying rap 45s early because I was too broke to buy 12”s! Haha…I always found rap 7”s that nobody wanted and they were cheap so I bought ’em.

What are your thoughts on the 45 explosion of the last few years?

[Laughs] It’s rad! Stoked to be a part of it! I’ve had a good run as a DJ but I had some lean years when all the Serato monkeys jumped in the mix. I’m stoked to be able to make a living & stay in my lane. It’s nice to go digging with the homies again too.

You play everything from corporate events, weekly hometown gigs and bigger festivals. Do you have a favourite type of venue to perform at?

My favourite venues to play are outside where I am ”wallpaper” for an event. I love playing punk rock & rap at skateboard parks. I love playing surf music & reggae on the beach at surf competitions. Love playing snowboard contests. I dig playing events where the focus is not on the DJ or dancing. I also dig playing smaller bars & lounges where the heads & the record nerd homies can chop it up and kick it.

Many of your west coast peers look at you as a Vancouver OG, someone who inspired them. Are there any west coast pioneers that did the same for you?

The West Coast has such a rich bloodline. There are so many people that have inspired me. Too many to mention! Mat The Alien, Kilocee, Czech, Flipout & Andy Bates are some of my biggest West Coast influences. Brian Carson on the production tip. Trevor Walker and Nadine Gelinas from Ottawa were a huge influence back before I started. The Bastid is super Yoda. Z Trip is the dude! I’m stoked on people that do their own deal with passion. Period. Super stoked on the Cratery dudes. Shout out to Foxy Moron too! Inspiration all around.

Give me 5 guaranteed Vinyl Ritchie party rockers. Records you pack often that are sure to rock any crowd.

You’re notorious for not being a social media guy. In a world where DJ’s are becoming increasingly more about their personalities rather than their skills, how do you compete?

[Laughs] I don’t have an answer for that.  I’m very fortunate to be where I am without the use of social media. I came up before social media when it was all word of mouth. My only guess is I’m not always up in peoples grill so they don’t get sick of me. At the end of the day I hope that the music I’m into speaks (or sings) for itself. By nature I’m a digger. I enjoy digging. To some extent I’d like to think that if people are into something, then they should do a little digging to find out more about it. I also make music (Wicked Lester w Brian Carson) and have a VR website. I do a weekly radio show (Sun 10-12 101.5 Whistler FM) and I’m fortunate that I get to play some high profile events. I try to surround myself with rad people. I don’t need Facebook,Twitter or Instagram. I’m out there enough.

You’ve been fortunate enough to travel across the country for years playing music. What are/were some of your favourite shops to hit in Canada?

One Response to CRATERY 76: Vinyl Ritchie