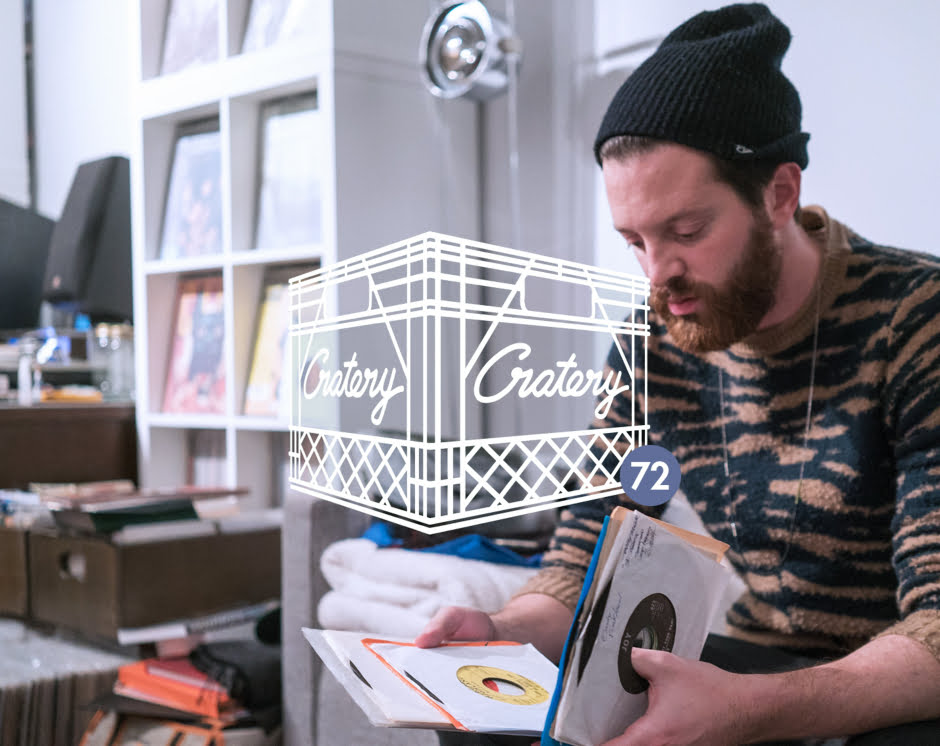 I’ve messed with Mayer Hawthorne from the first time I heard his cover of the New Holidays’ overlooked soul classic Maybe so, maybe no.

Some might have tried to pigeon hole him as a Motown revivalist after his first album. But Mayer has always been influenced by more than just soul music.

The DJ/Producer had already broken out of his comfort zone when he became a vocalist. And he broke out of it again while working with Pharrell Williams on his 3rd effort, Where does this door go.

But if working with the Neptunes frontman was an invitation to start calling him commercial, his Jaded Inc. collaboration with former bandmate 14KT seemed intentionally left of centre, a nod to Detroit’s rich history of electronic music, from Juan Atkins to Dilla.

His most recent musical endeavour with our hommie and Cratery alumni Jake One is a full-length boogie project on Stones Throw called Tuxedo, which has been making waves since it dropped on March 3rd.

The duo recently kicked off a series of DJ gigs back in December starting with my 40th birthday party in Toronto. Since then, they’ve made the rounds in Europe before returning to Los Angeles to launch the album.

The project went to #1 on the iTunes R&B chart on the day of its release.

Not bad for a couple of guys who started out cutting up rap records in their bedrooms.

Now what you may or may not know about Mr. Hawthorne is that he’s more than just a casual vinyl collector.

Having started his career as part of the Michigan hip-hop outfit Athletic Mic League, his interest in vintage sounds began like many of us: falling in love with the samples and artists that created the sonic landscape of hip-hop.

Since then, he’s grown as an artist and a collector with a love for everything from new wave to blues.

And travelling the globe certainly hasn’t quieted his obsession.

But despite his worldly exploits, this episode of Cratery sees Mayer returning closer to home, going round for round with the Cratery staff armed with a handful of Detroit based soul 45’s.

Carl Temple’s “Soul Day Theme” was actually a record that was produced for an event of the same name that took place in the Motor City back in the 70’s.

Not gonna front. I added “Ain’t gonna run no more” from the Mighty Lovers to my wantlist immediately after he played it. I was slightly less excited when I discovered its current $500+ price tag.

Belita Woods’ “Magic Corner” is a wonderful mid tempo number on the Moira label from 1970, while Perfect Touch’s “Merry go round” is an equally gorgeous piece of soul from 10 years later.

Luckily, his copy of “I just can’t forget your name” from The 21st  is in infinitely better condition than the mashed up 50 cent copy I picked up in Detroit years back.

The best part about doing Cratery is getting put on to music by your peers.

Learning is a byproduct of digging.

That’s why it’s awesome to play records with guys like Mayer.

But first and foremost, he’s a student.

People historically associate you with soul music, but your record collection is pretty diverse. What records would your fans be surprised to know you’re into?

Damn, that’s a great question. I don’t know if anyone is surprised about anything at this point. I really do listen to everything.  I have metal records that I really love like Helmet and Black Flag… I have a huge collection of ghetto house stuff like DJ Deeon & Slugo.  I dunno man… I like a lot of weird shit.

Tell us one of your favourite Detroit digging stories.

When I was living in Ypsilanti, I noticed my neighbor across the street was having a yard sale one day but he had all this worthless crap out on the lawn.  I asked him “where’s the records?” and he said “ehhh they’re too heavy… I don’t wanna carry them up from the basement.” *Cha-ching* Of course I offered to go down there and get them.  I ended up buying a bunch of stuff from him including my copy of the 24 Carat Black LP (which is from Ypsilanti) all for a few dollars a piece.

Any specific records you’d save in the event of a fire or flood?

I actually have a crate in my record room that I call the “fire crate”.  In the event of a fire, I grab that crate and I dip. Most of the records in there are not even super rare or expensive, they just mean a lot to me.  Like Sade “Love Deluxe” which is one of my favorite albums but wasn’t ever pressed in the US (my copy is Korean).

Where’s your favourite place to dig in the world? And why?

Obviously I’m a bit biased, but I gotta say Detroit is still the best. I was so spoiled growing up there. It’s really the only place where it feels like you could still come up on something crazy.  There’s still so many records there.

You started out making beats. But you’ve made a career out of singing. Is it weird to go from finding samples to being sampled?

That shit is crazy! It’s like this weird infinite loop where I started out digging for the samples to my favorite rap records, then making rap beats, then making soul songs and getting sampled by rap producers. Now, on this Tuxedo album, we made a fake original sample. So meta.

Your fans have seen you evolve from singing sweet soul ballads to writing Steely Dan inspired songs to going full speed into the 80’s boogie lane with Tuxedo.  Is it logical to expect a New Jack Swing album next?

We actually do a piece of BBD “Poison” in the live show.  But naw – for the next shit I’m definitely going 3-step / future waltz.

Can you speak on your current Bo Diddley obsession?

Man! I’m obsessed!  He’s just such a character.  I had no idea how influential he was.  He really did his own crazy different, unique thing.

For a guy like Peanut Butter Wolf, it must be bittersweet giving so many artists a break, often to see them leave for greener pastures and never return. But you came back to Stones Throw and brought Jake One with you. Why did you come back and what’s it like to be working with them again?

I played some of the songs for the president of Universal Republic and he said he didn’t hear the difference between Tuxedo and Mayer Hawthorne. That was crazy to me. I knew we had to find a label that understood what we were doing and Stones Throw just got it.

Share 5 of your favourite boogie records from your collection.

Have you had any moments where you felt extra lucky as a digger?

I feel like that still happens a lot. I’ve been collecting for so long now and there’s times when I feel like I have all the records, but there’s just SO many fucking records out there man. Nobody can ever know them all. Not even close. I’ve been buying a lot of reggae 45s in New York lately that have blown me away. I still get excited all the time.