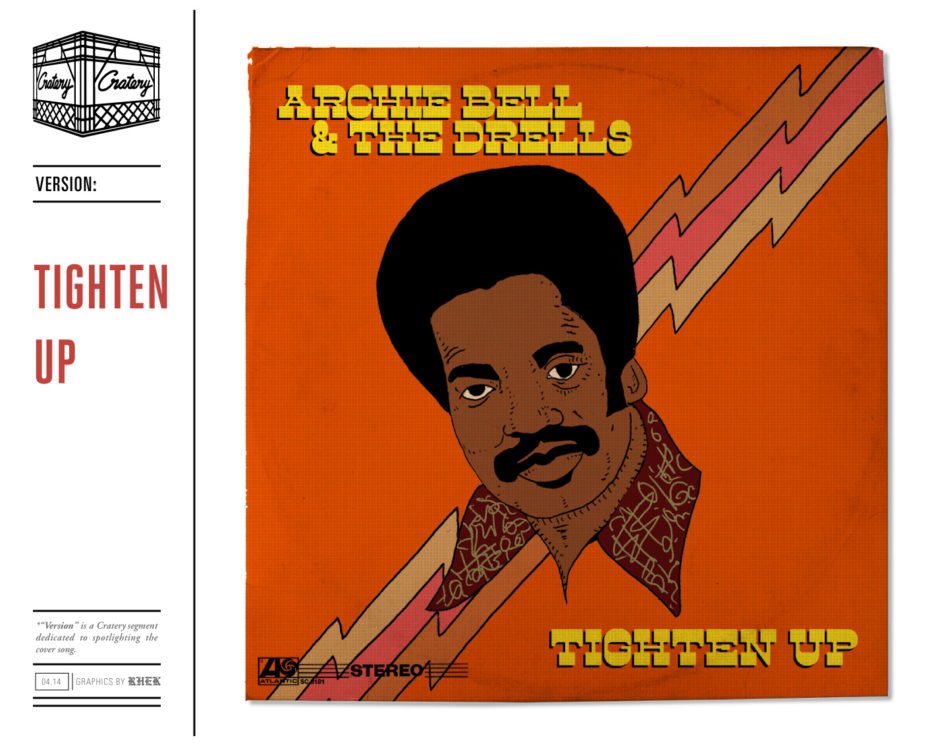 I love this joint. In my opinion, Tighten Up was the impetus for a slew of upbeat, happy funk records in the late 60’s like Kool and the Gang’s ‘Chocolate Buttermilk’, Dave Cortez and the Moon People’s ‘Happy Soul’ and the T.S.U. Toronadoes’ ‘Getting the corners’. Perhaps the reverse applies on the latter since the Houston-based Toronadoes actually provided the music for the original version of ‘Tighten Up’. The Toronadoes were performing an instrumental version of the track in their sets around town, when according to the good folks over at Wikipedia, it was mutual friend (and Houston DJ) Skipper Lee Frazer that suggested they give the instrumental to Mr. Bell. Turns out, Frazer’s intuition was right. Tighten Up became a hit, peaking at #1 on the Billboard Hot 100 and the Hot R&B charts. In the wake of its success, it spawned cover versions across the country and beyond. Here are a few of our favourites.

Benny Gordon and the Soul Brothers “Tighten Up”


Since Archie Bell introduces himself and the Drells off the top on the original, many of the cover versions simply substitute the name of the cover band off the top. I’m happy Benny Gordon and the Soul Brothers took the time to shout themselves out, because someone needed to give it up to this rhythm section. The bass and drums on this one feel deeper and heavier than the original.


Pretty much what you’d expect from a Latin cover of Tighten Up. It’s basically Tighten Up with more percussion and some additional random yelling in Spanish. I found this one in the now defunct Incredible records on Yonge Street here in Toronto for a $6 price tag back in the early 90’s. In case you’re wondering, it sells for a lot more than that now.

The Soul Sounds “Tighten Up”


These dudes are basically a house band for Sunset records that put out an album of soul covers that included an overlooked version of James Brown’s “Licking Stick” and this version of Tighten Up. Unfortunately, I haven’t been able to find much info about this record through the surface level research I’ve done. What I do know is that I never saw it before or after finding it in Boston at IN YOUR EAR for $2 a couple of years back.