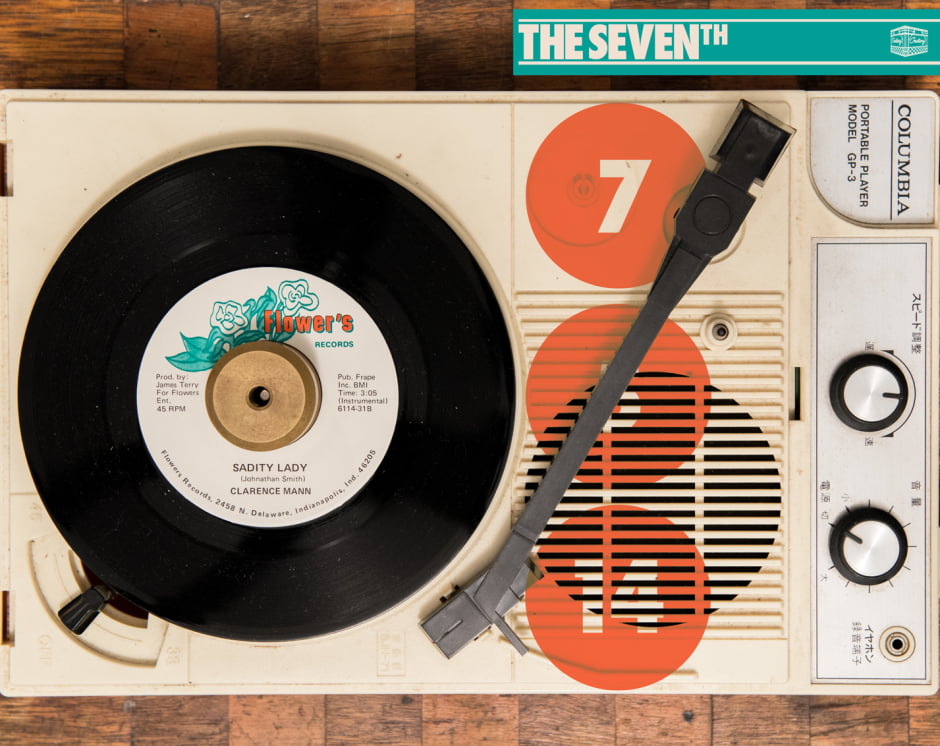 Nothing like digging through a private collection in storage. There’s an inherent excitement to having access to music the average collector perusing the record stores might not have. If it’s a solo mission, it can prove to be even more exciting, since you’re not obligated to share the fruits of your labour with a friend.

Such were my circumstances during a trip to the Bay area when a mutual friend connected me with a well-known dealer from SF. I had been waiting all week to get private access to his garage full of goodies. So when we finally made it happen, I was pumped.

Now, this place was far from untapped. My fellow collectors had been steadily depleting this dude’s supply of heat for years. I ended up finding a few things, but I had to dig hard. Luckily, I don’t have a problem with that. My copy of Clarence Mann’s “Sadity Lady” turned up during this particular expedition, as well as a few other 45’s I snatched up half-heartedly.

I was mildly disappointed, because, quite frankly, the garage full of goodies hadn’t lived up to the hype. And honestly, it almost never does. The promise of walking into a storage unit full of dead stock Syl Johnsons is almost non-existent at this point. But somehow, we all get that feeling that it could happen. It makes no sense. The odds are totally against us. But we all still have the voice in the back of our heads telling us it’s possible.

It took me a second to register that some of the records I found that day were actually good, because I had spent too much time being wallowing in the fact I hadn’t found any grails. I put on the instrumental version of this Clarence Mann joint and felt my head starting to bop. Maybe the dig didn’t go that badly after all. Then I put on the vocal version. In an instant, I was reminded that Clarence Mann was no Syl Johnson. Dammit.