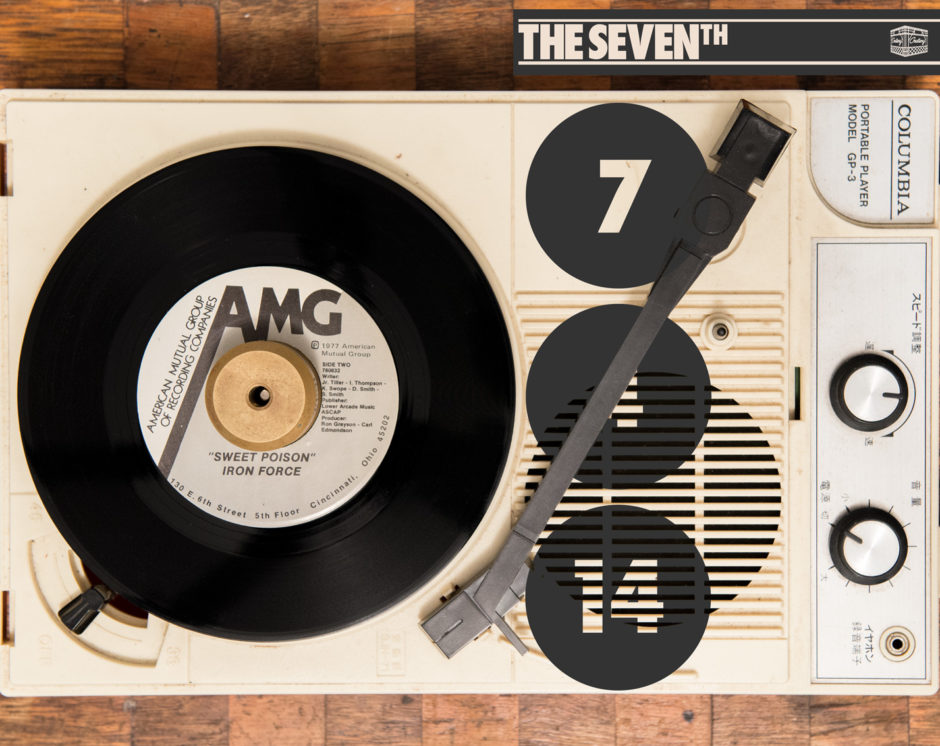 I want to talk for a second about “trade currency”. A few years back, I found myself dj-ing at a local radio station with the homies Catalist and Blaz, when the prospect of getting a few records from the station came about. Now, by “getting” I mean ye olde “hemming” if you will. Understandably, I’m going to intentionally omit a few details, but let’s just say that I managed to pull a few LP’s, none all that memorable except for one by the name of Blind Ravage on the Crescent Street label. That shit was an immediate cop. As it turned out, it also happened to be worth a few $$$. Upon bringing it home, I realized that although it was a decent record, it wasn’t exactly my taste (save for a couple cuts like “Strange Feeling” and the shuffle-laden breakbeat on “_____”).

OK, I’m rambling here. Let me get to the point. Fast-forward a year later or so and I’m working at Lost & Found records (RIP), when I get a call from then-owner George Dimitroulopoulous, asking me to come down to the shop. He’s got this “psych funk” 45 and needs me to price it for a well-known local dealer. I was happy to help, since psychedelic rock was usually his forte and he wasn’t as savvy at pricing soul or island records.

As soon as the needle hit the record I was fucking floored. I went from trying to help a fellow record guy out to “the thirst” personified within the first few seconds of hearing it. I needed to have it. “How much do you want for it?” was the question I continued to pester George with. “$150” he said, exhaling plumes of nicotine between punctuating his asking price. I scoffed as I always did, secretly acknowledging that I’d be fine to drop $150 on a 45 (just work extra late or get another job at Arby’s), but I couldn’t let George know that.

It was bargaining time.

George had been asking me about that Blind Ravage LP I had found a year earlier under less than honourable circumstances. At the time, I thought it would be a fair trade, but it wasn’t. The Blind Ravage was definitely going for more than the Iron Force. But fuck monetary value. I was working at the store and whatever he made off the record went to rent. I GET TO KEEP MY JOB! Win-Win, I suppose. Long story short, we traded the records and even though it wasn’t the most “even” trade in the world, I came off with what I think is the dopest 7″ in my collection.

2 Responses to The 7th: Sweet Poison