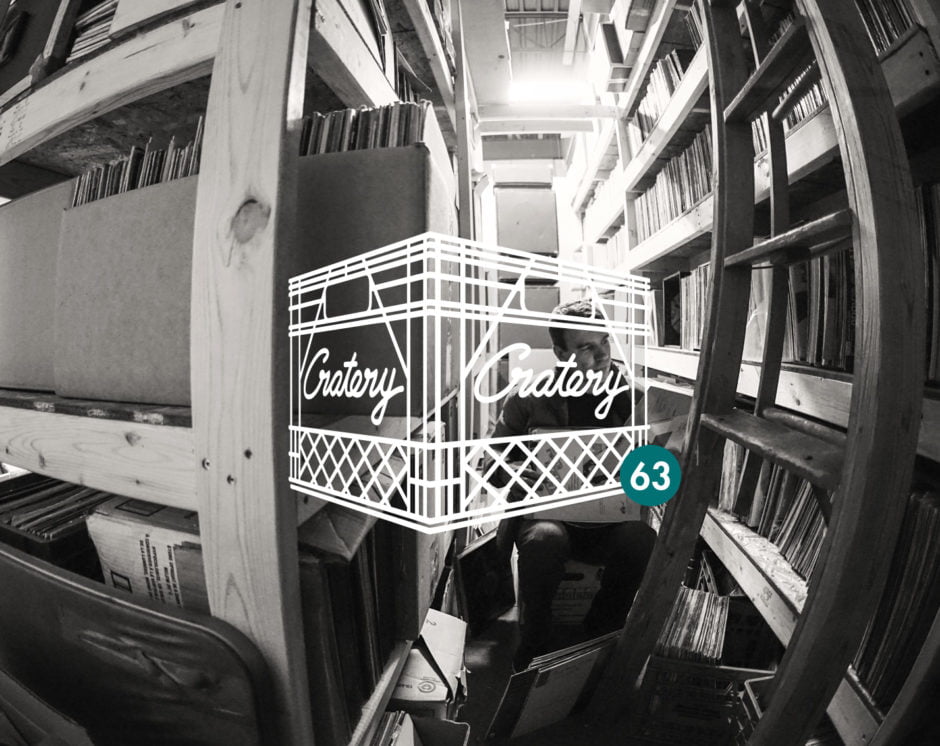 Things were different in the city of Toronto back then. The ‘hip-hop culture’ that we associate with places like The Bronx (breakbeats and block parties) wasn’t exactly what you’d find in a place like T.O. in the early 80’s.  You might expect to hear more boogie and dance records like Shannon’s “Let the music play” that would get the breakdancers (the term b-boy wasn’t even that prevalent back then up here) on the floor.

It was here, in the era of roller rinks and community centres, that Mr. Lopes would hone his skills, before graduating to clubs in the mid to late 80’s.  He would party at places like the Twilight Zone, home to the roots of the house music scene here in Toronto.  In fact, Paul E was a seasoned DJ by the time I first started listening to his radio show “Vibes and Stuff” on CIUT 89.5 back in the early 90’s.  Vibes and Stuff was the first show that I heard bridging the gap between rap music, breaks and the acid jazz scene.

It was the only place I heard records like John Klemmer’s “Free Soul”, side by side with groups like the Brand New Heavies and A Tribe Called Quest.  As a young upstart in this hip-hop thing, it blew my fucking mind. Everything was categorized separately in my head: hip-hop, house, breaks, acid jazz – it took a special kind of individual to stay true to all of them in one show. It’s only fitting that his partner Jason Palma would later inherit the same time slot and transform it into his Higher Ground radio show, which stays true to the same principles today.

His partnership with folks like Mike Tull and the aforementioned Palma would create some of the most memorable parties in Toronto in the 90’s. If you saw those 3 names on a flyer, you knew the party was going to pop off on some real music shit. And some of them, like Bump-N-Hustle, still go on today.

I ran into Mr. Lopes at a Red Bull event not too long ago and mentioned the idea of doing a Cratery episode. He responded with the same apprehension he had when I’d mentioned it in the past. He claimed he didn’t have enough ‘rares’ to be on Cratery. He’d checked out the podcast and enjoyed it, but he wasn’t sure he’d be able to do it justice, because of our penchant for the obscure. Further conversation revealed that even though he’d sold off most of his expensive records, he was still buying vinyl: 45’s and dollar records.

So I proposed the idea of doing our annual Dollarate special. Cheap joints. Quality music. And none of the pressure of having to turn a recording session into a dick measuring contest. I’m happy to announce Mr. Lopes agreed. And then Kaewonder added a twist. We’d all collectively hit a few dollar bins at one of our favourite stores before recording this episode, just to see if we’d come up on anything extra.  Turns out, we did.

As much as we consider someone like Paul E Lopes a peer, he’s much more than that. Yes, he’s an OG. He’s a teacher. But most of all, he’s a class act.  It’s his open minded approach to music that allowed him to bridge the gap between so many genres for all these years, and the same reason why he can sit down in a room full of nerds who grew up listening to him and feel right at home. We’re honoured to present our latest tribute to the dollar bin, featuring the one and only Paul E Lopes.