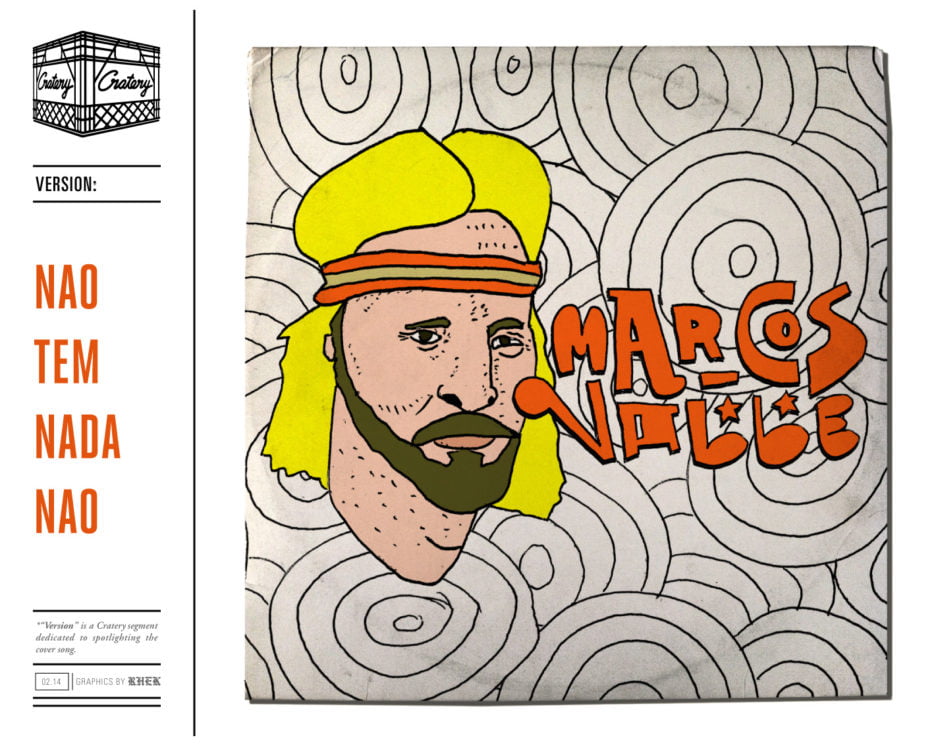 Forgive us. It was a little cruel to kick off our 2014 covers spotlight with a selection that screams summertime like this one does. February is a particularly disgusting time of year in our wonderful nation. And the beauty and brightness of a Brazilian composition like Marcos Valle’s “Nao tem nada nao” can be a harsh reminder that we’re not even close to shorts and sandals weather.   Not that any of us publicly admit to wearing sandals.

Valle’s got a few classics in his catalog, the most celebrated being the bossa nova standard “Summer Samba (So Nice)” from his 1966 “Braziliance” album. That album featured a clean cut Valle on the cover. This one is taken from 1973’s “Previsao do tempo” LP, which features a long-haired Valle submerged in the water. Physical and political transformation aside, the liberal usage of the electric piano by backing band Azimuth also marked a difference from the Grand used on his aforementioned 1966 effort. The melody on this joint in particular, has a catchy, pop sensibility that undoubtedly made it appealing to cover.

This month we’ve chosen to share the original Valle version along with 2 covers unearthed in the Cratery lab.

We’re looking forward to another year of celebrating rad covers on Cratery. And what better way to do so with a brand new look, with custom illustration and design by the homie (and one of all around favourite dudes): Rhek. We’re stoked to have you on board.

Their 1974 album “Tamba” has a psychedelic moments throughout, but sadly, this isn’t one of them.  Gratuitous wah-wah’s and synths aside, this version does stay true to its Brazilian roots. And there’s something to be said for that. This is what I imagine listening to as the plane touches down on my eventual first trip to Brazil.

If Valle is one of Brazil’s most celebrated composers and musicians, then it’s only logical that two of his peers would repurpose his work in this manner. Both Eumir Deodato and Joao Donato have immense contributions to the fabric of Brazilian music. And this collaboration is no exception. The title of the song is puzzling, mainly because Valle actually had a song called “Batuque” which was also heavily covered and sounds completely different than this. But the melody is undoubtedly NTNN – and it’s also an instrumental version. One of our favourites.