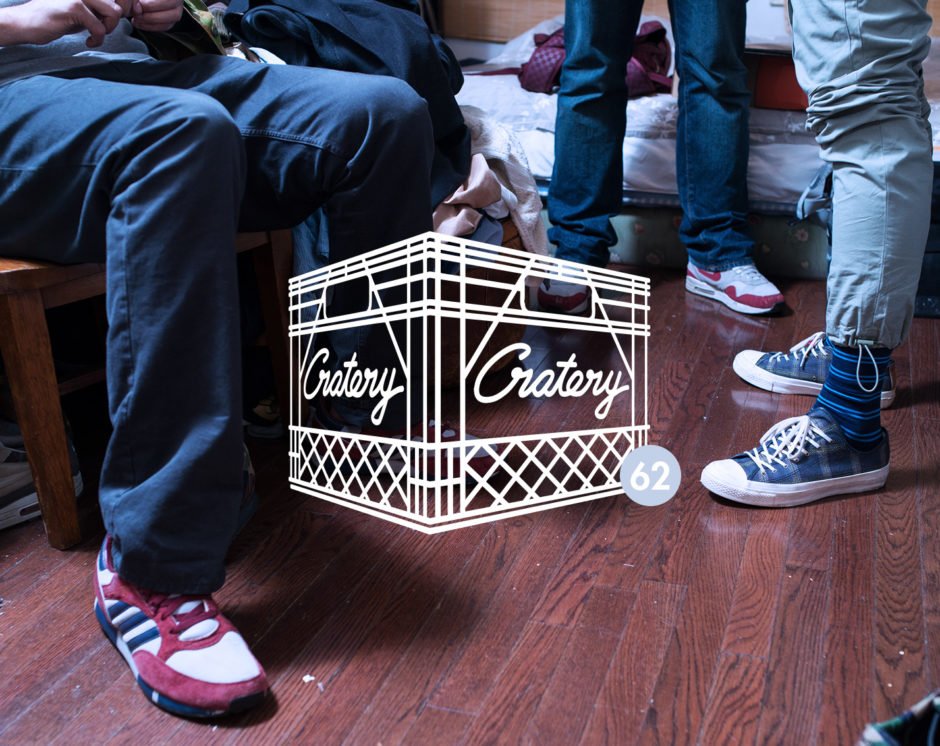 I find myself divided on the issue of record collecting and secrecy in the social media age.

Some collectors are happy to ham it up, flossing their rarest pieces and recent arrivals without apology on Instagram feeds around the globe. Others choose to hint at the jewels hidden within their collection, by snapping shots of closely cropped corners of record covers without a caption, leaving their followers with tiny clues only a crate digging Sherlock Holmes might be able to decipher (We see you, Sipreano).

My generation was reared on secrecy.

We were taught by the guys that were taught by the guys who used cover up their labels with black marker or replace them with different labels altogether. Secrecy was one of the cornerstones of digging. It’s not like my homies shared EVERY loop or drum break they ever came up on. It was understood that some things were kept on the hush hush. But let’s be clear – sharing was always happening, it was just happening between very specific people.

After the seminal Ultimate Breaks and Beats series hit shelves in the mid 80’s, the idea of looking for these kinds of records started to spread outside the DJ circles associated with housing this kind of knowledge exclusively. And by the time the early 90’s rolled around, sample-heavy hip-hop production had legions of youngsters like myself eager to get into the world of beat digging.

Secrets were being exposed: sample clearances on album liner notes, bootleg compilations and official reissues from labels like Ubiquity helped usher in next wave of ‘sharing’.  You could learn from what other people were discovering around the world, not just what you could find at your local record store or what your homies knew.

And so the game began to change.

Instead of searching for the same soul, funk, jazz and disco records, cats started to buy British libraries and Italian soundtracks, hoping to circumvent biters by switching up their tastes. But even that didn’t last. A record dealer’s mortgage can’t be paid by one customer alone, so eventually more and more collectors were exposed to these titles as well.

The more record nerds try to keep something a secret, the more it gets exposed. Nothing is genuinely secret anymore. I can’t post my copy of Andrew Wartts “There is a somewhere” LP on IG and think it’s special because a fellow digger will point out to me that Rich Medina already showed one off in his episode of Crate Diggers and Now Again has already reissued it.

But much to the chagrin of the elder statesmen in the game, I’ve always been a sharer.

I can’t help it. It’s who I am. I love putting people on to music. That’s why we include a track list on Cratery in the first place. Truth be told, I’m not the best at keeping a secret. And it’s not like I haven’t learned a thing or two from the records some of my homies have posted online.

So why do we still do things like put an UNLISTED song title for the last song on this episode? Because, fuck it. In a world where aggegrators collect the sales history of every collectible record, trophy diggers post gratuitous rares on social media and beat nerds can cross off their most sought-after records from their computer, there’s nothing wrong with injecting a little anonymity back into this game.

Seriously. We could use a little more mystery in this shit. And that, my fellow nerds, is no secret.