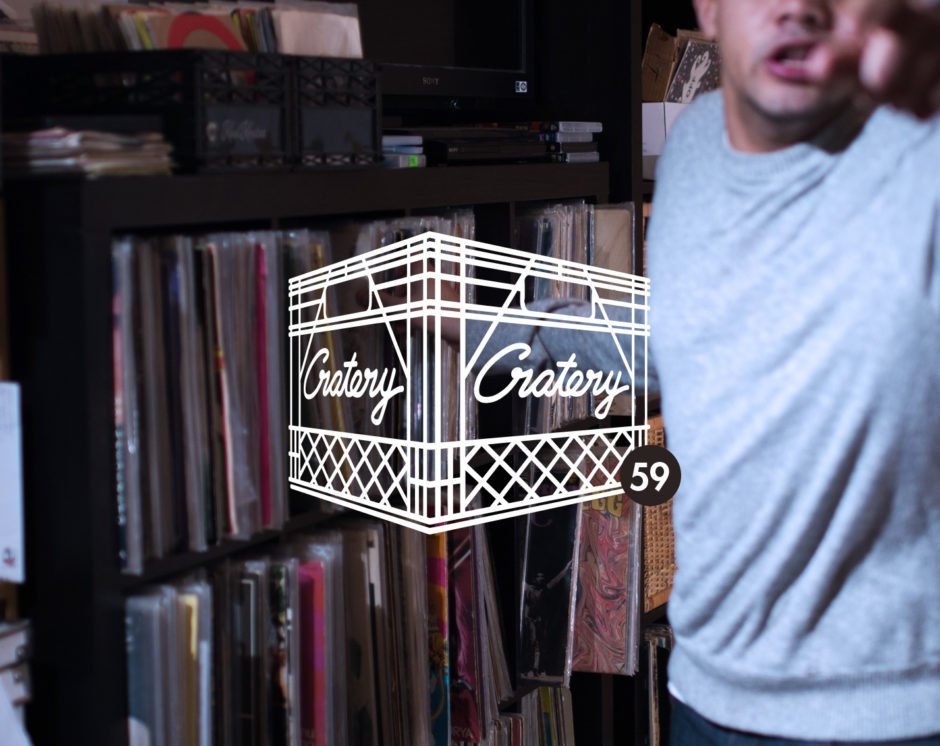 After epic back-to-back episodes with Big Jacks and Bozack Morris, we went to back to basics on this one. There’s a definite jazzy vibe happening here. Also, I just threw up a little after writing the words ‘jazzy vibe’. I fucking hate that phrase. Maybe because when I think of contemporary music with a jazz influence, my stomach churns. It immediately takes me back to the dated sounds of 90’s jazz-rap, a happily forgotten tangent in hip-hop that I’m really not sure any of us at Cratery are interested in revisiting.

To clarify, I don’t count groups like Tribe, Main Source, Digable Planets and GangStarr as jazz-rap, even though they used a shitload of jazz samples in their music. Jazz-rap for me was more of an overt thing – groups like US3 were poorly mimicking the aforementioned groups, relying exclusively on jazz samples and going gold in the process. And yet, none of the classic groups I just mentioned labeled themselves as jazz-rap – even GangStarr, who the press basically tried to make wear that shit. They were just hip-hop dudes, and jazz was just another tool. Guru’s Jazzmatazz albums were great in terms of starting a dialogue between our generation and the one before it, but they haven’t exactly stood the test of time (with a few exceptions like “Watch what you say” with Chaka Khan).

Into the late 90’s, the jazzy, Fender Rhodes sound would become increasingly played out, replaced with a harder edged sound found on European prog and library records. The only cats really fucking with overtly jazzy sounding shit were neo-soul artists and even their parade of fake Dilla snares and live electric pianos would grow tiresome after a short time.

But Jazz is still great music. And no shitty modern co-opting by young folk is going to change that. All it takes is a listen to Dave Serious’ opening selection from Mike Westbrook to rekindle that feeling. Kae drops a joint from Compost’s first album (featuring jazz legends like Jack DeJohnette and Harold Vick) and I pull one from the Johnny Lytle files.

This is by no means a full jazz episode – with music from Ray Rivera, The National Gallery and The Brief Encounter, there’s plenty of gems from other genres here.

Listening to records from Curren$y, Joey Bada$$ and countless other rappers without dollar signs in their names, the seasoned hip-hop fan will likely notice a resurgence in the sampling of jazz music. Let’s just hope it doesn’t signal a resurgence in jazz-rap.