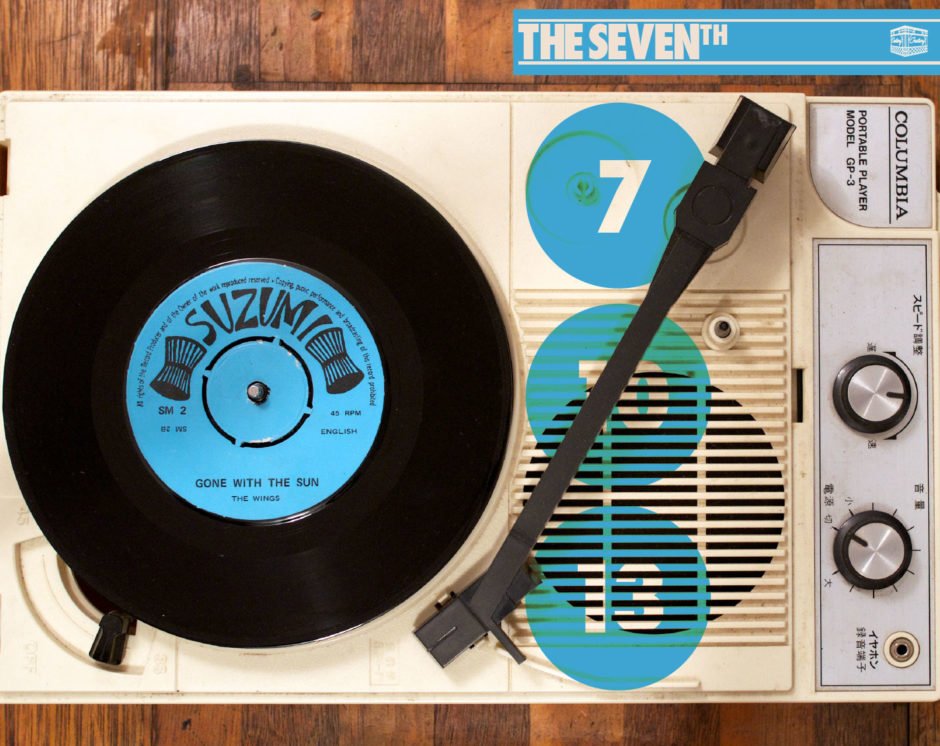 The 7th: Gone with the sun

One of the perks of being a record nerd is having friends who are record nerds. The Wings in question are not McCartney’s backing band but a popular Nigerian rock band that had a few releases on Kenyan label Suzumi. I was in my boy Attic’s basement, smoked the fuck out on a Friday when the hommie MoSS came over with a stack of records for sale. I had been investigating African music at the time and I remember kind of being kind of down about the fact that there were so many comps and reissues that were raising the awareness and thereby value of African records. For collectors, this is good and bad. The best part about compilations is acquiring knowledge. The worst part is, a comp comes out and everyone starts looking for the same records, thereby raising the price of the records. I didn’t recognize this 45 when I picked it up. So I felt it wasn’t an obviously popular African joint in collector circles. But you never know with African joints. The shit could go hard or it might be some straight tribal chanting. When I put it on, I was pleasantly surprised. It kinda sounded like afrobeat with slight touches of psych. I made a deal with MoSS and copped it. A year or so later, I was at a record show, shuffling through a bin of 45’s when I saw a blue Suzumi label pop up in the stack. It was Geraldo Pino’s “Power to the People”. I knew Pino from his “Heavy, Heavy, Heavy” joint but wasn’t familiar with this one. I added it to my pile. As I reached the end of the bin, I saw another Suzumi label pop up. This time, it was another copy of “Gone with the Sun”, for a significantly lower price than I had originally paid. My first thought was, damn, MoSS overcharged me, I thought he was the homie. My second thought was “Another copy for a fraction of the price?” You know a brother had to cop doubles like Ali’s Roti.