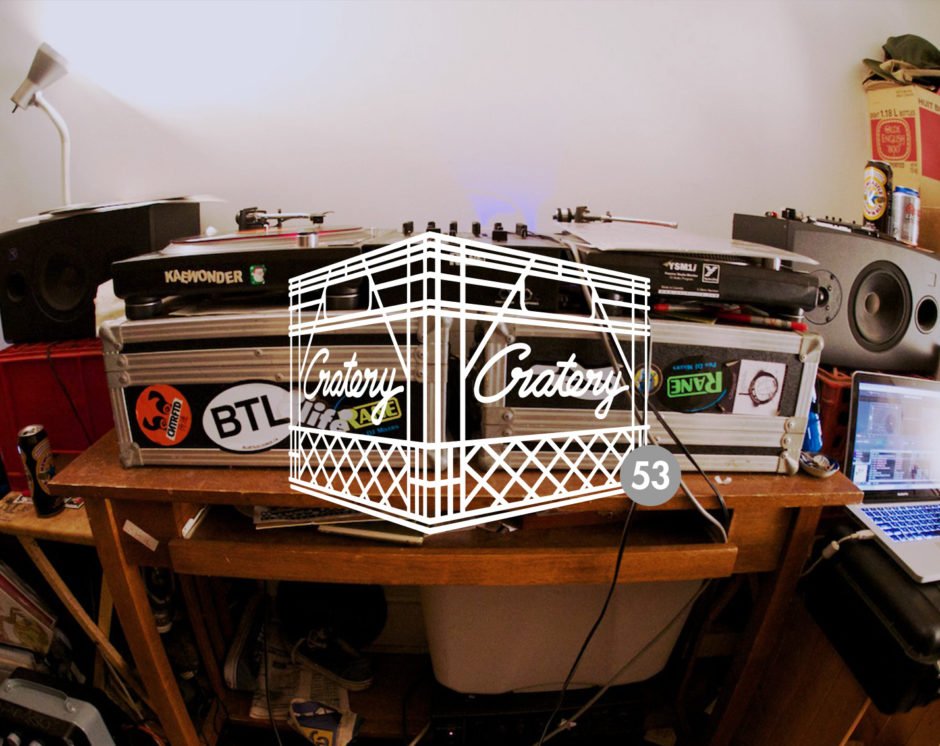 This particular Cratery episode is kinda like the opposite of some hip-hop shit. Allow me to explain. We all grew up with a love and understanding for hip-hop culture. Collecting records and understanding the foundation of the music was a natural part of that b-boy aesthetic. And that foundation was breaks. If you’re on this site, chances are you already know about Herc, Bambaataa, Flash and numerous other Bronx pioneers who built the musical backdrop for our culture by identifying key parts of records and extending them on 2 turntables.

By the time I started buying vintage vinyl in the early 90’s, break records had become samples, and samples were a driving force behind creating classic rap records. People were looking for all kinds of records now – ones with upright jazz basslines, psych rock breakbeats and moog records for sounds and embellishments – not just the conga-laden, uptempo drum breaks of block parties past. But one thing had remained consistent – the idea that we’d seek out records in pursuit of that one moment – that few seconds of gold we might transform into a record of our own. See, unlike most music fans, we weren’t buying records because we loved the group or their songs. We had $2.00 Christian records with hard ass drums that served no other purpose other than being truncated in an Akai S-950 or an ASR-10. We wouldn’t listen to records. We’d needle drop the shit out of them until we found a piece we liked.

But at some point around the early 2000’s, a light went off. After years of buying records, I found myself staring at a collection full of great samples, but hardly any great songs. And that’s when I started to change the way I bought records. I decided it was more important to have my Marvin Gaye catalog right rather than chasing down some rare library record with a really dope break. Cratery was an extension of this mentality. It was based on the idea that we should celebrate great songs, not just great samples. I had to reprogram myself musically. Seems pretty logical now, but believe me, it was a far cry from where our heads were at in the 90’s.

Which brings us to our 53rd episode: XL. It’s one thing to challenge yourself to consistently find great songs. But trying to find greatness in a really long song is a whole different story. That’s why we’ve dedicated this episode to the marathon joint – that song that takes up the whole side of an entire record. In essence, it’s the opposite of everything we learned from hip-hop. It’s not 5 seconds of awesome – it’s 20 minutes. The best part of a 20 minute song are the changes, whether they evolve from the original groove or break out into something brand new. When you have over 15 minutes to play with, you can bet that everything isn’t going to be exactly the same throughout. Over the years, we’ve come across tons of experimental, ridiculously long joints. But finding ones that are consistently good, without veering off into questionable territory are tough.

Sweet Smoke’s Just a Poke LP is only 2 songs long, one on each side. “Baby Night” is exactly the kind of 16-minute psychedelic trip I’d like to buy a ticket for thanks to Kaewonder. The Corporation’s cover of John Coltrane’s “India” isn’t about to be overshadowed – full of syncopated drum fills and hard fuzz guitar, it’s the sole instrumental cut on their self-titled album on Capitol records. Serious draws for the homegrown epicness of Canada’s “Man Made”, the title track from their 1971 release. In today’s A.D.D. landscape, the idea of a song over 15 minutes is definitely a tough sell. But that’s what was so amazing about records. You didn’t fast forward. You didn’t skip tracks. You didn’t put it on shuffle. You put one on and chilled the fuck out. Ahem. I believe that’s your cue.

Download It Here!
(To Download, Right-Click the link above…)
(Sorry Internet Explorer not supported, try a different browser)