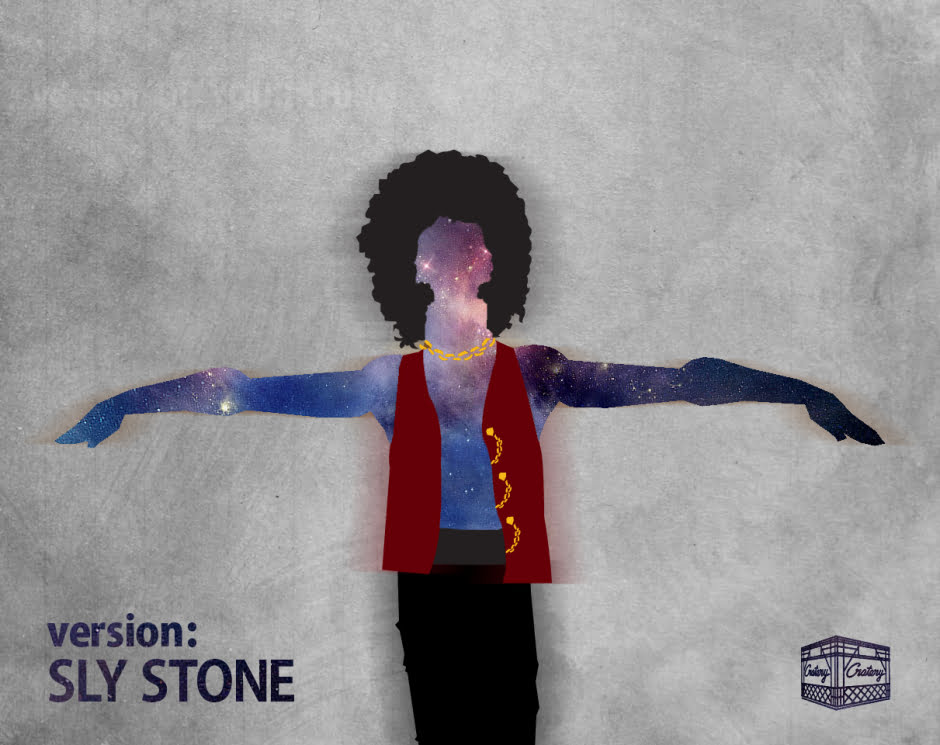 One can hardly do justice to Sly Stone’s storied career in one paragraph. So we’re not going to even try. I haven’t bought any Sly records recently. Probably because I bought them all when I first started digging. Sly and the Family Stone was one of the first artists that I ever started to collect alongside obvious staples like James Brown and Curtis Mayfield. And his legacy lives on through collectros who nerd out on cover versions of his work. On this edition of Version, we break format from spotlighting a single song so we can dip into few re-imagined selections from Sylvester Stewart’s discography.

Generally, a no-brainer when it comes to cover versions, Sing a Simple Song (Or ‘Triple S’ as it shall henceforth be called) has been adopted adeptly by international artists, from the Philippines to Philadelphia. This one definitely lacks the rugged-charm of it’s predecessor, but it’s a good cover song nonetheless.

I don’t know much about Royce Jones  and that might be because sometimes I prefer to NOT know what the band ate for lunch and where they ate it,but this 45 is good in my books. There’s a breakbeat on it, I ain’t all that mad, but overall, not necessarily a shining example of hard-funk-45 but a major-label effort worth your three-minutes-and-eleven-seconds. – KAEWONDER

I wouldn’t say this is a difficult record to find. You may even find one at your favourite local record shop that carries a healthy selection of 45s. I first heard this one on the drive back from the D – on a portable turntable hooked up through aux jack running through the tape deck balanced on my lap. B-boy shit. Go cop that. – SERIOUS

Got this quite a while back as a novelty with an alright lil beat on it…
*train of thought brutally interrupted*
AR: “Kaeweezy rocking that saxophone music!”
DAVESERIOUS: “wait, did you turn 30 or something?”
yeah, that actually just happened while I was listening to this in an attempt to do a write up. Pretty much sums it up. – KAEWONDER

One Response to VERSION: Sly Stone