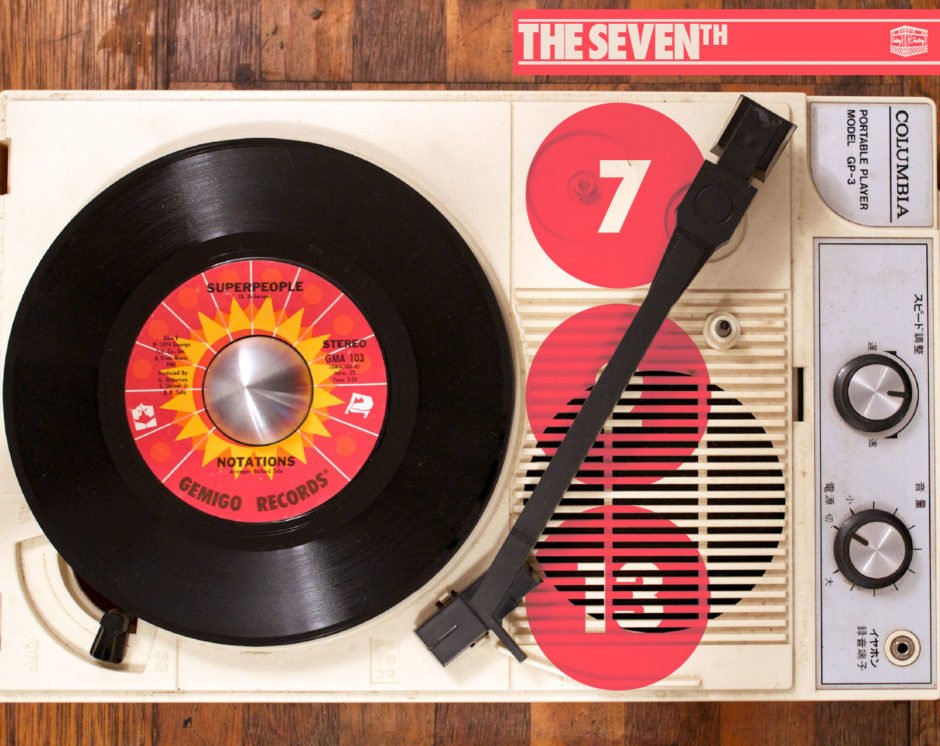 Truth be told, I found my copy at Kops records in Toronto years ago. But a producer friend of mine (who will remain nameless) has a far better story. He found a copy while on a trip to Chicago, but he couldn’t afford to pay for it. So he did what any rational human being would do. He stuffed it down his pants. His reasoning was simple. The hole in the 45 made it suitable for such an act. He would position himself through the centre of the little record, making it easier to sneak out with in his pants. The good news was he made it out the door. The bad news was the record had grazed against his shaft and cut his manhood. Years later, we can always tell our copies of this record apart. Mine smells like the 70’s and his smells like bloody penis.

5 Responses to The 7th: Superpeople