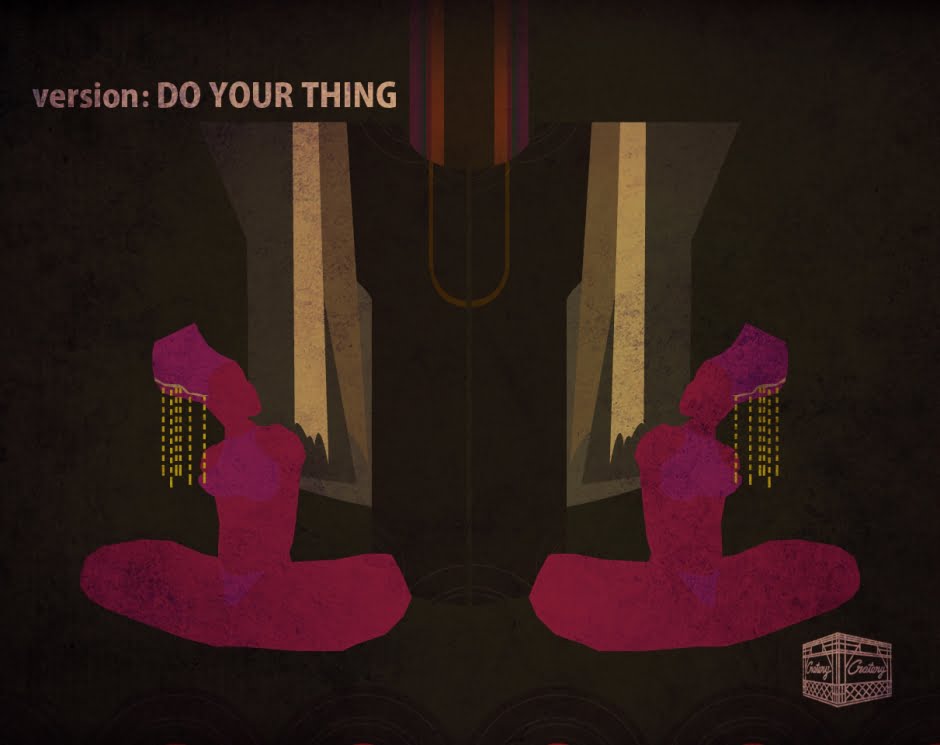 VERSION: Do Your Thing

Version is a brand new segment dedicated to spotlighting the cover song. One of the first times I ever saw the value in digging for covers was the “Get out my life woman” craze of the 90’s. So many versions started with open drums (Lee Dorsey, Solomon Burke, Iron Butterfly), that the song title was enough to peak the curiosity of the average crate head or rap producer. As time went on, we sought out covers of crate staples like Marvin Gaye, James Brown and The Meters. As we enter our 5th year on Cratery, we’ll share some well-known, lesser known and straight up strange versions of cover joints we’ve, well, pardon the pun, uncovered.

Isaac Hayes’ career certainly didn’t spawn a shortage of covers. Especially Shaft covers. The guitars on his biggest song went on to define the sound most people associate with the 70’s funk – a sound many people now refer to as “Bom chicka wow wow”. But “Do your thing”, the source material for rap classics like Big Daddy Kane’s “Smooth Operator” had a downtempo, smoked out vibe that yielded some cool covers too. Check out the 19-minute epic Isaac Hayes’ original here and check out some interesting interpretations below.

The Temptations “Do your thing”


The last song on their “All Directions” LP is a version of the aforementioned classic by Mr. Hayes. Producer Norman Whitfield works his genius on this one. Thanks to Jake One for putting me on to this version years ago. –ARCEE

Julius Brockington “Do your thing”

Today Records (and anything in the Perception Records canon) has always been a staple for diggers and soul heads. So when I found this LP in Montreal a few years back, it was a no-brainer purchase. This instrumental version pulls a bit more of a grittier funk out of the original composition, giving the rhythm section a great chance to stretch out and well, do their thing. How can you go wrong with that bass line? –KAEWONDER

James and Bobby Purify “Do your thing”


A slept-on, dollar record special. The gentlemen responsible for the soul classic “I’m your puppet” were also responsible for this slightly faster version of “Do your thing” probably mandated by disco label Casablanca. I kid. I know not who mandated what. But I do like this version. –ARCEE

I found this in my “out” pile and even though Arcee did his best to change my mind about it, it’s still in my out pile. Maybe I should keep it. -SERIOUS


While not exactly a cover, it’s clear that “Do your thing” was the inspiration for this Jerry Washington cut on Excello records. Jerry does little to hide it musically, and even channels his inner Isaac on the vocals. Apparently the sign on the door that said “No biting allowed” wasn’t placed there until Master Ace hung it up in ’88. –ARCEE

But perhaps the most overlooked and completely unnecessary version of Isaac Hayes’ “Do your Thing” comes to us from 1990’s Atlanta and can only be described as so, so def.

2 Responses to VERSION: Do Your Thing