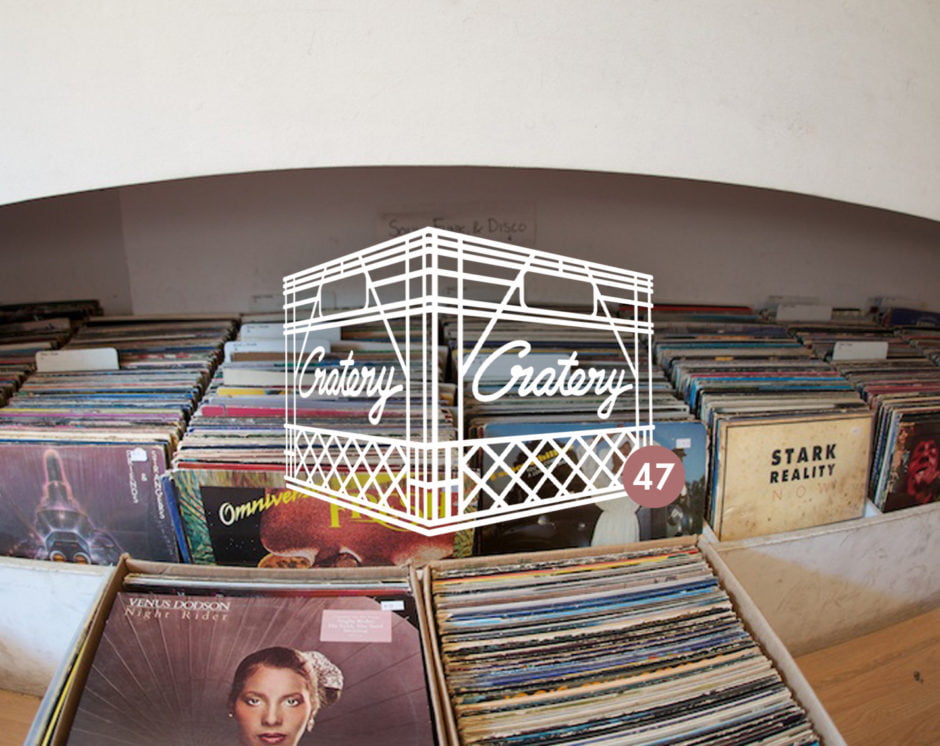 This month, Kaewonder, DJ Serious and I trade our traditional 1-for-1 Cratery format for a 5-for-5 format. We each play 5 records in succession, allowing us to create 3 individual sets. Truly groundbreaking stuff – we know, we know.

I kick off my set with “Peter and John” from Andrew Wartts’ gospel funk masterpiece There is a God somewhere. I played it for a few friends and dudes got all wide-eyed like there is a copy somewhere. Truth. But good luck finding it. Far more than just a James Brown rip-off, the vocals give this joint a haunting quality that trumps our collective disdain for religious music altogether.

Serious chimes in with a disco funk special from Ohio’s Los Nombres – from an album reissued by the Numero Group earlier this year. I was there when he found this one, in its home state, no less. We had seen it once before, but its condition was a dealbreaker. So you know when that OG fell into his lap again, Dave was on some immediate coppery. I don’t blame him. This one’s still on my list.

Kae’s set is really, well, Kaewonderish. From the jazzy folk of husband and wife duo Luc and Lise Cousineau to the incredible “Snakeskin Garter” by Manfred Mann, Kae stays out in left field. Pierre Henry’s “Les Insectes” won’t be appearing on any holiday themed Christmas albums. Mainly because it translates to “the bugs” and has nothing to do with the holidays whatsoever. But closing things out with UK space-rockers Hawkwind? That’s some fucking Kaeweezy shit for real.

One more Cratery episode left before we kick off our 5th year. And in case you didn’t know – we’re now an official iTunes podcast. Subscribe for free here (Subscribe on iTunes) if you haven’t already.